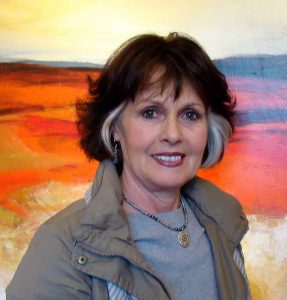 Fiona started her career as an artist in 1975. Her work can be seen in many corporate and private collections throughout Southern Africa & private collections overseas. “I draw from life experiences and prefer to make suggestions rather than descriptions. Painting is a form of meditation – a state of being, both calm and intense.”